Can you have the same name as another business?

There is no updates. A brand is a mark that allows entrepreneurs to distinguish their products or services from those of competitors.

Commercial name is a mark or name that identifies a company in the commercial movement and that serves to identify, differentiate and distinguish it from other companies engaged in identical or similar activities.

The company name is the name that identifies the legal entity in the commercial movement as a subject of legal relations and, therefore, subject to rights and obligations.

What if my company has the same name as another company?

It will depend on several factors, but most importantly, whether one of them has a name registered with OEDO. In that case, the other has a problem, as it is possible that a lawsuit could be brought until that particular name is terminated.

As you can imagine, there are certain common names that cannot be registered exclusively, so there is nothing unreasonable about repeating them in different companies. Words that just about anyone can use and that are not considered distinctive from the company.

Also, from a marketing standpoint, if my company has the same name as another, it can cause confusion between our purpose, preventing us from, among other things, moving forward or distinguishing ourselves from our competitors. Is that really what you want for your company? I’m sure it’s not. So remember, the right naming process is an investment of the present and the future

We insist on how important it is to put ourselves in the hands of a naming strategy expert who will take the necessary steps to create not only a good commercial name from a creative point of view, but also take into account all the legal aspects to avoid problems like this one that concern us.

In fact, you may not know, but there are several brands that, precisely because of registration and patent issues, have to use other trademarks in other countries of the world. Would you like to know some of them?

This is probably the most famous case in the naming world. The famous burger chain is called Hungry Jack’s in Australia because when it wanted to expand its business there, it found that the name was already registered by a local restaurant. Hence the importance, as we told you in this post, of registering your brand internationally, or at least in those markets where you think it can expand.

When this franchise of delicious and famous donuts wanted to land in Spain, it found that the name had been registered for years by the Spanish company Panrico. Although they started using its original name, they modified it in 2007, and today they have made it universal to fit more with its range and business concept.

When the Mexican brewery landed in our country, it was discovered that the Torres family’s cellars already had the Coronas brand registered for one of their wines, so the alternative was to operate in Spain under the name Coronita. Legally, they could not use such a similar registered trademark, including in the beverage category. For this reason, and to avoid legal problems, they chose the name Coronita, with which this beer became popular here.

Axe – Lynx in UK and Australia

In this case, two problems with names came together: on the one hand, the failure to register the trade name in time, as in the previous examples. But on the other hand, it also has to do with the connotation it has in the countries where it was chosen to change to another variant. Axe (Hacha in English) was considered too aggressive for a hygienic product, so it was exchanged for Lynx in those English-speaking markets.

When the British company Walkers, the creator of these famous fries, was acquired by the multinational PepsiCo, already the owner of the Lays brand, this whole range of potatoes continued to be sold as Lays in many countries, such as Spain. In the United Kingdom, not so the original name continued to be retained to maintain customer loyalty. In this case it was not a registration problem, but a commercial strategy and the existence of an umbrella brand.

If you want to train more in this field, if you want to expand your knowledge or develop professionally, I can help you personally in whatever you need to progress. Get access to my mailing list and get my resources for FREE. I’ll be waiting for you!

View all articles by the author
Socials 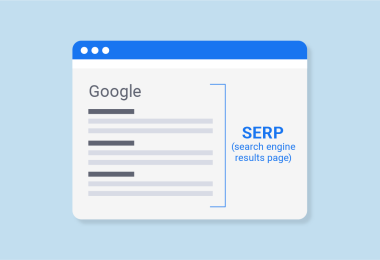 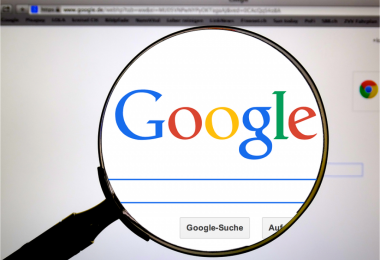 These predictive searches are usually based on several factors such as our history, recent searches,...

Pick the right keywords from Google, YouTube and Yandex suggestions

Free Trial
Our site uses cookies and IP address data for your convenience. If you do not agree, please leave the site.
Accept cookies
Manage consent

This website uses cookies to improve your experience while you navigate through the website. Out of these, the cookies that are categorized as necessary are stored on your browser as they are essential for the working of basic functionalities of the website. We also use third-party cookies that help us analyze and understand how you use this website. These cookies will be stored in your browser only with your consent. You also have the option to opt-out of these cookies. But opting out of some of these cookies may affect your browsing experience.
Necessary Always Enabled
Necessary cookies are absolutely essential for the website to function properly. These cookies ensure basic functionalities and security features of the website, anonymously.
Functional
Functional cookies help to perform certain functionalities like sharing the content of the website on social media platforms, collect feedbacks, and other third-party features.
Performance
Performance cookies are used to understand and analyze the key performance indexes of the website which helps in delivering a better user experience for the visitors.
Analytics
Analytical cookies are used to understand how visitors interact with the website. These cookies help provide information on metrics the number of visitors, bounce rate, traffic source, etc.
Advertisement
Advertisement cookies are used to provide visitors with relevant ads and marketing campaigns. These cookies track visitors across websites and collect information to provide customized ads.
Others
Other uncategorized cookies are those that are being analyzed and have not been classified into a category as yet.
SAVE & ACCEPT